an event worth remembering

Iconic Gold Awards believes in felicitating the best and the most deserving on-screen performances in the Indian Film Fraternity, in Film, OTT, and Television domains.

An august recognition, Iconic Gold Awards is one of the prestigious awards, which is held annually. It is conferred upon those who have excelled in their genre of acting, singing, direction, and more. Iconic Gold Awards extend recognition, respect, and reassurance to the rising talent of the entertainment industry. To encourage them in distinguishing their future performances.

Another powerful award show which was dedicated to all the strong women was the It appreciates and rewards talents from all across the entertainment sector, including the Indian Film Industry, Indian Television Industry, Art, And Culture.

The winner of the prestigious Iconic gold awards are selected based on the votes casted by public and our committee of experts, recognizing the best performances delivered by the artist in the film industry. Iconic Gold Award aims to honor and felicitate the exceptional performance of the artist who excelled in his/her genre in the Indian Film & Television Industry.

An award show which beliefs in transitioning and excelling the artist in the world of cinema honoring them with recognition for their contribution to the world of entertainment and towards the welfare of society and country to a further extent. 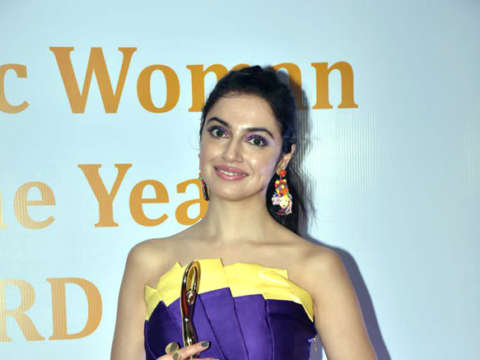